The competing position with Calivinism is Arminianism. They are not polar opposites. They in fact share significant agreements about hte plan of God to save, the inability of man to save himself, the need of grace and the sufficiency of the death of Jesus. However, Arminianism elevates the importance of the will of man in the process of salvation. Arminianism does not have a cool acronym like Calvinism, though some have put together a similar flower based outline around the word DAISY and others have made one with the word GRACE. I prefer my own acronym, GRITS: 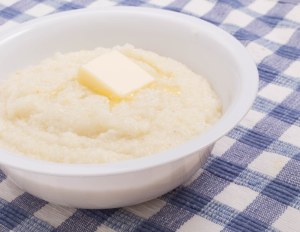 Grace of God can be rejected
Redemption was purchased for all, but is applied only to those who believe
Intention of God to save only by Christ those who believe
Total necessity of Divine grace
Salvation can be lost

Central to Arminianism is the idea that God’s saving grace can be rejected, or believed, by the individual. God’s grace is not irresistible but the person has a legitimate opportunity to believe or refuse the gospel. This idea finds support in passages like Acts 7:51, “Ye stiffnecked and uncircumcised in heart and ears, ye do always resist the Holy Ghost:”

Redemption was purchased for all men by Jesus’ death on the cross. This is universal atonement that does not imply universal salvation. The Divine plan was for Jesus to make a sacrifice on the cross for the sin of the whole world, but would only bring salvation to those who believe. This idea finds support in passages like John 3:16, “For God so loved the world that He gave His only begotten Son that whosoever believeth in Him should not perish but have everlasting life.”

The intention of God regarding salvation- Divine election- was not an election of individuals to salvation. God’s election was to save those who believe by Jesus. Some modern Arminians believe God’s election was based upon his foreknowledge of those who would believe. God elected to save those whom He knew would respond in faith to the message of the gospel. This idea finds support in passages like John 3:36, “He that believeth on the Son hath everlasting life: and he that believeth not the Son shall not see life; but the wrath of God abideth on him.”

Though man is able to respond to the gospel message, he can only do so because of the working of the grace of God. God’s prevenient, or preceding, grace makes it possible for sinful man to believe the gospel. Man is corrupted by sin and cannot save Himself. Apart from the grace of God none would chose to receive Jesus. This idea finds support in passages like Romans 3:11, “There is none that understandeth, there is none that seeketh after God.”